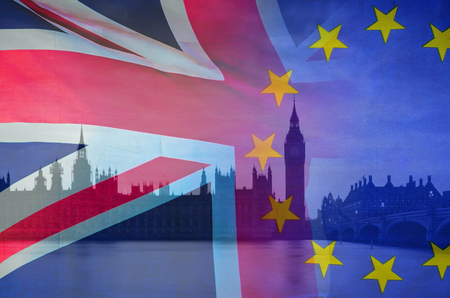 Business group Logistics UK has responded to the government on the latest developments in Brexit trade discussions.

Responding to reports that negotiations between the UK and EU are facing issues over continued access to the EU market for UK hauliers, Logistics UK is urging the government to keep pressing for a deal with their European counterparts.

“Leaving the EU without a free trade agreement would hurt businesses on both sides of the Channel,” said Elizabeth de Jong, Logistics UK’s policy director, “putting pan-European supply chains at risk and potentially driving up the price of trade between the UK and its biggest trading partner.

“There are two sides to every border, and we are very hopeful that the EU will recognise the economic benefits to having continued access to the UK market for its hauliers, while acknowledging the contribution that UK hauliers bring to their own market.  After all, the EU’s hauliers do double the value of haulage trade in the UK than the UK’s own operators do in the EU.

“Logistics UK is hopeful that a compromise can be reached in negotiations – without one, the situation for both UK and EU hauliers is very bleak, as the alternative permit system provides very little access on either side of the border, and the resulting slowdown in traffic across the border would put the nation’s interconnected supply chain at risk.”

2025 UK Border Strategy Consultation: A joined up approach is required before 2025

In response to the government’s consultation on its 2025 UK Border Strategy, which closed on 28 August 2020, Sarah Laouadi, Manager of European & International Policy at Logistics UK, comments:

“While we welcome the strategic objectives of the strategy, logistics operators need to see greater ambition in the timeframe of the government’s 2025 UK Border Strategy. The concepts of upstream compliance, e-documents and single window to avoid duplication of data submission are particularly important to support trade but our members want the proposed changes brought forward as soon as possible to minimise friction at the border. The quicker the changes are implemented, the sooner the UK can benefit from a joined-up approach – and we believe this must be before 2025.

“We are also calling on the UK government to refresh the strategy during 2021 to account for the changes that will take place following the end of the EU Exit transition period. UK  borders, particularly used for Roll On, Roll Off (RoRo) traffic, will change dramatically as the EU Exit transition period comes to an end, and  taking stock of how it changes will be crucial to refine the longer-term border strategy and ensure that trade continues to flow freely to and from the EU.

“Finally, we are also urging government to carry out a “red tape review” to minimise burdens on business. For example, removing the requirement to complete Intrastat declarations (a statistics database for EU members) after the transition period ends.

“We will be pressing government to ensure the strategy delivers the best outcome for logistics, consumers, and the wider UK economy alike.”